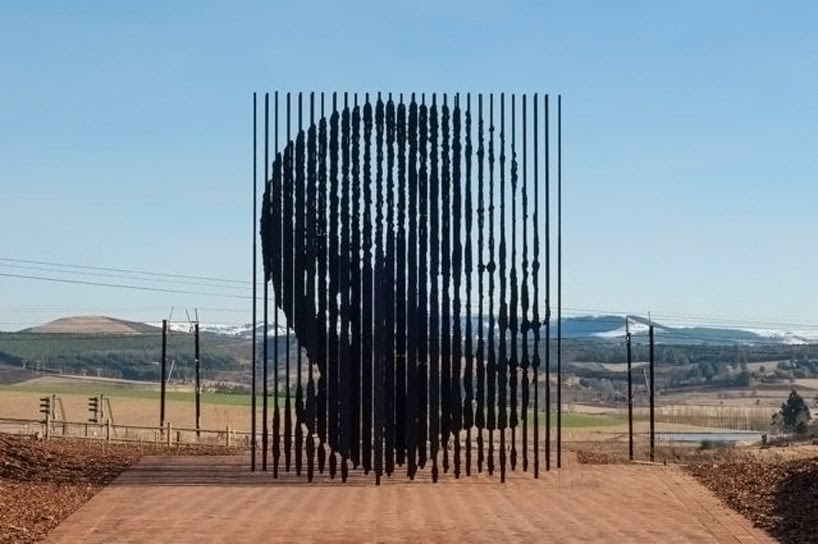 south african artist marco cianfanelli has constructed a monument to recognize the 50 year anniversary of peace activist and politician nelson mandela's capture by the apartheid police in 1962. mandela's profile spans 50 steel columns measuring 21.32 and 29.52 feet (6.5 and 9 meters) high, each anchored to the concrete-covered ground. the shape and form of the sculpture are representative of the leader's 27 years behind bars for his efforts to bring equal rights and governmental representation to the once racially divided nation. the statue of the nobel prize winner has been erected in howick, a town located 56 miles (90 kilometers) south from the city of durban in the countryside of the southernmost african country. 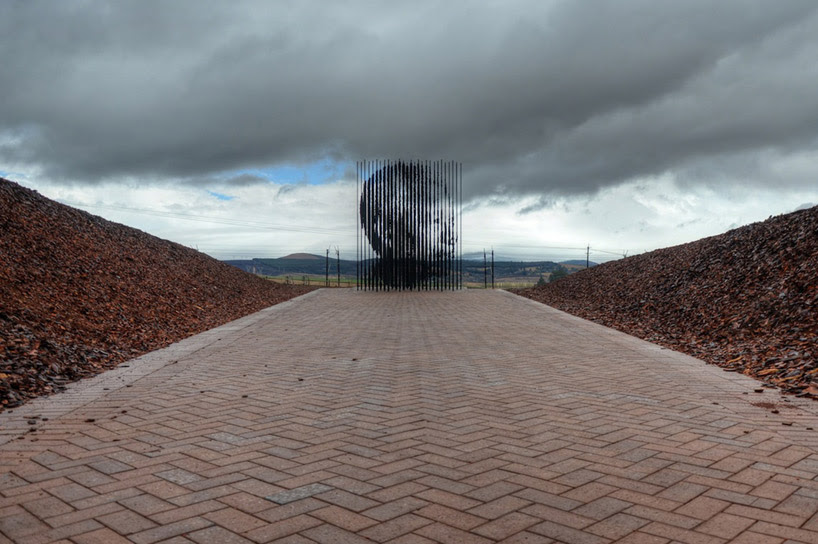 the work, as seen from a distance
image via visual news

cianfanelli says of his work 'this represents the momentum gained in the struggle through the symbolic of mandela’s capture. the 50 columns represent the 50 years since his capture, but they also suggest the idea of many making the whole; of solidarity. it points to an irony as the political act of mandela’s incarceration cemented his status as an icon of struggle, which helped ferment the groundswell of resistance, solidarity and uprising, bringing about political change and democracy.' 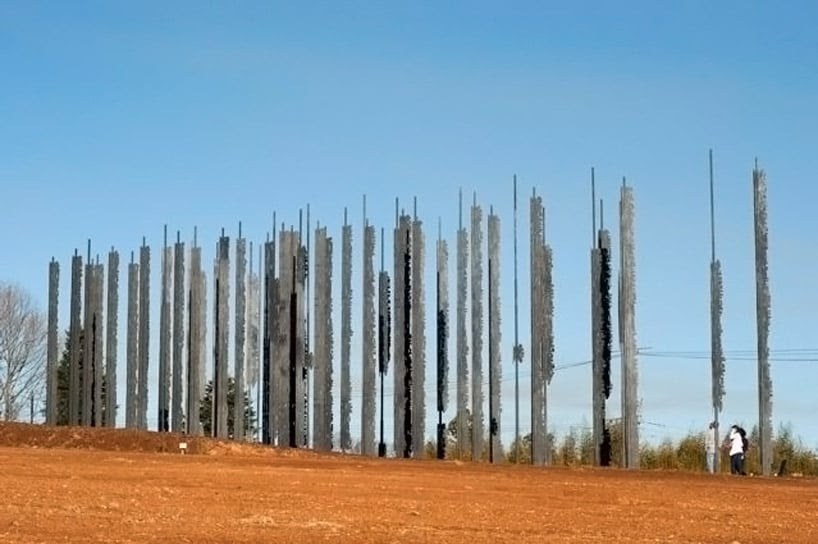 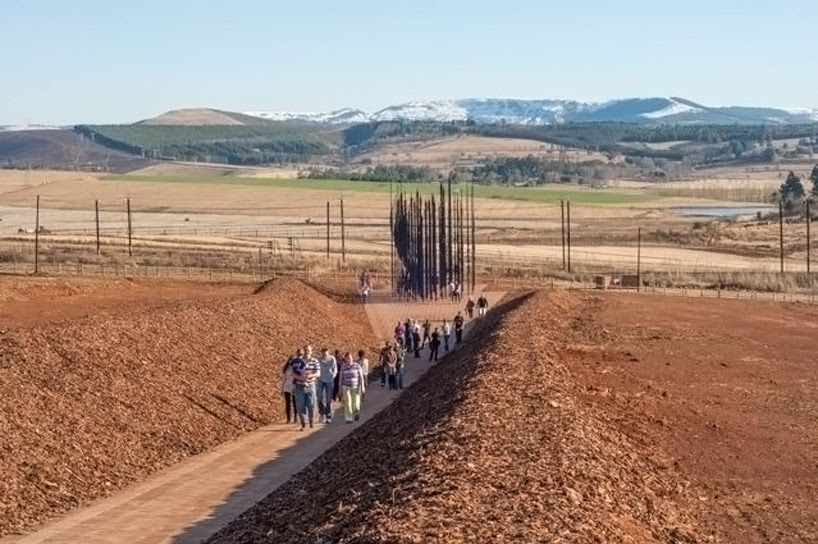 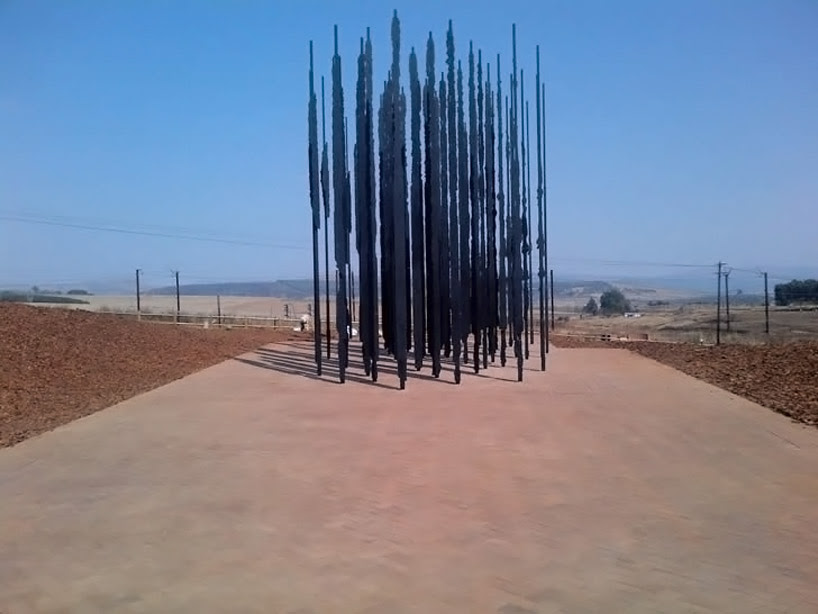 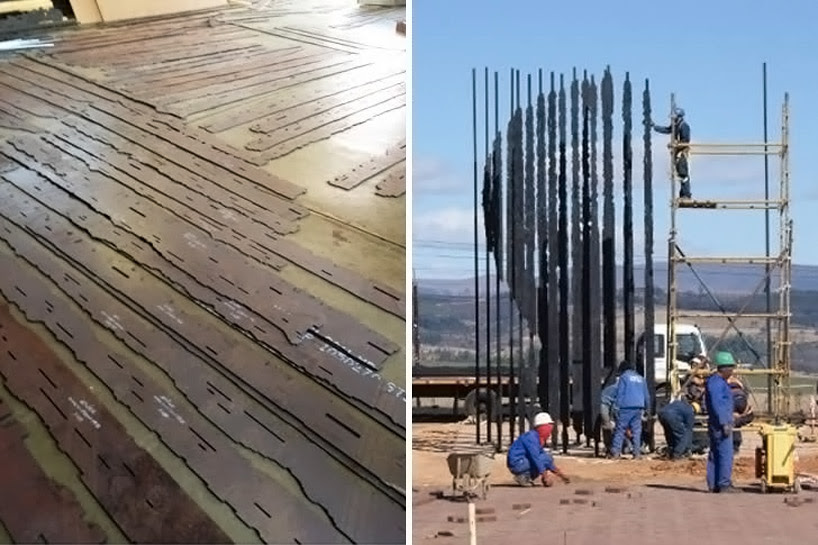 left: the raw metal components laid out after cutting, before painting and installment
right: building of the artwork
images via visual news 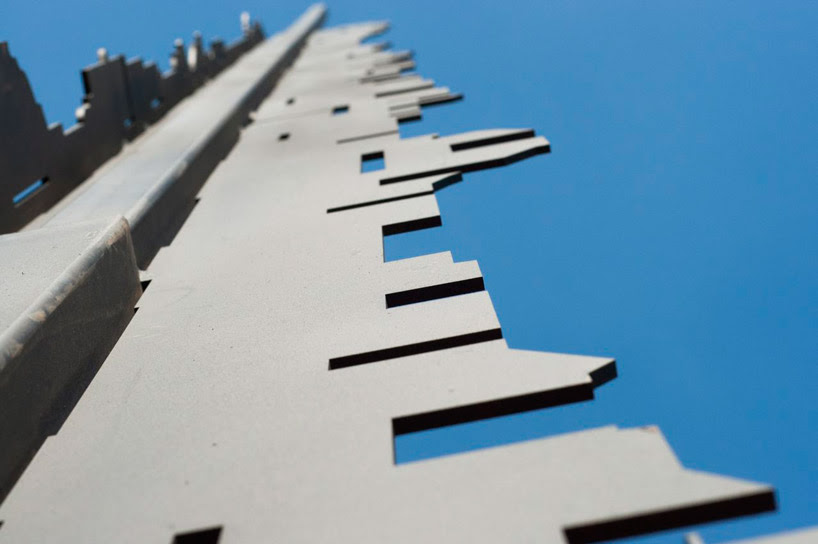 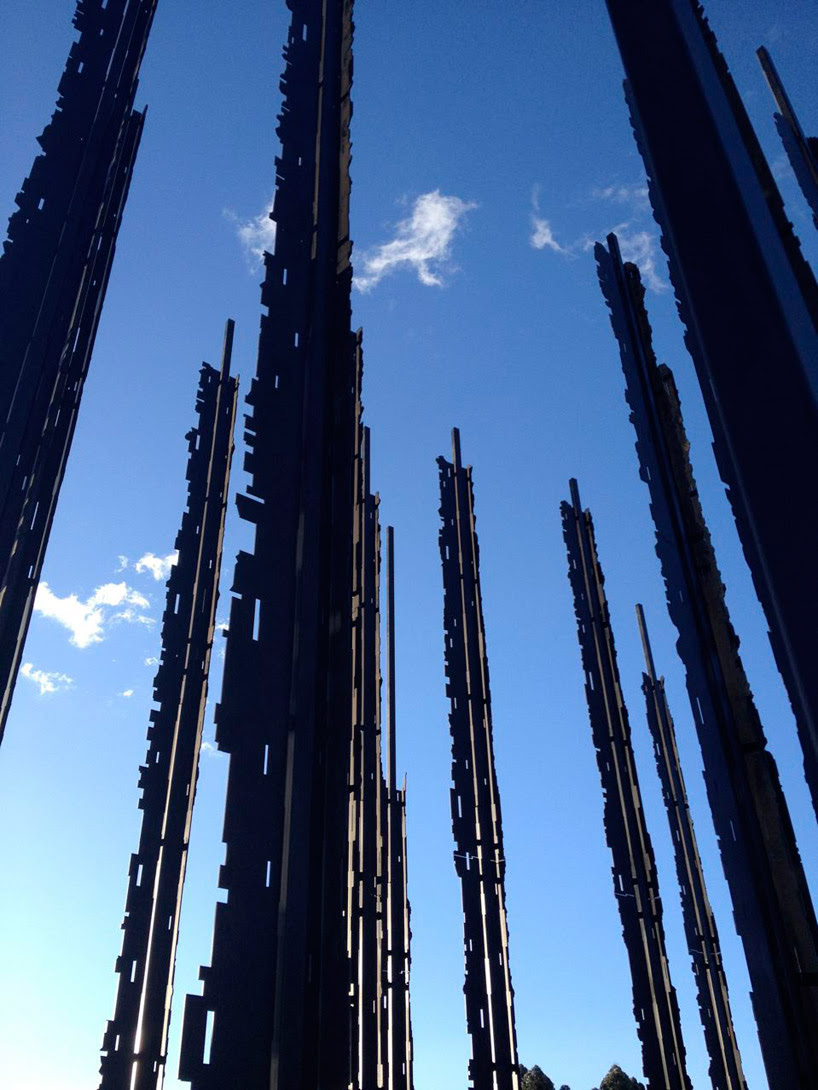