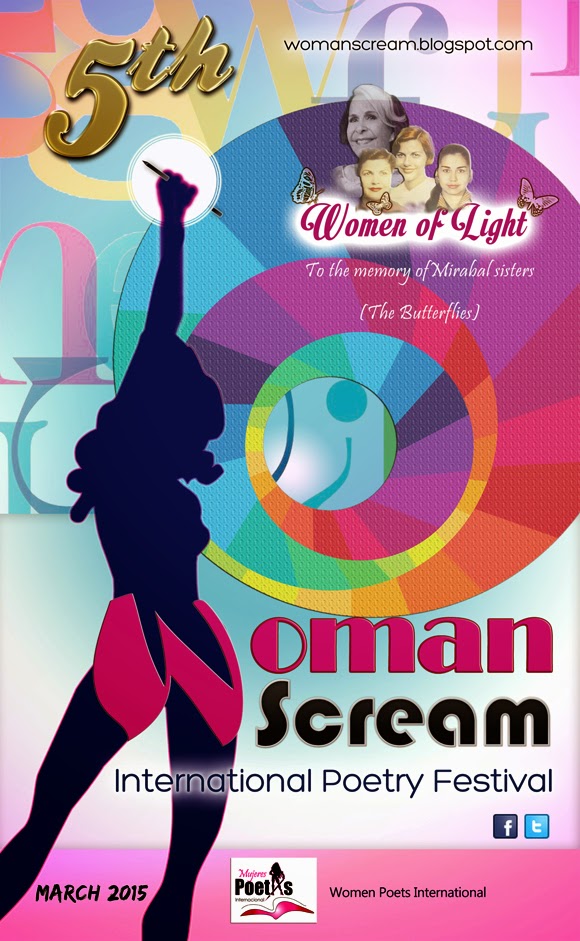 Women Poets International Movement based at the Dominican Republic, announces the first list of participating countries confirmed to join Woman Scream International Poetry and Arts Festival (March 2015). Male and female poets and artists get together to raise their voices against women violence on different cultural manifestations. The Woman Scream festival is launched in November, to celebrate the anniversary of both projects, and to commemorate the Day for the Elimination of Violence against Women (Nov. 25th). WS will have a special connotation that year. It’ll be dedicated to Mirabal Sisters (The Butterflies) using the theme: “Women of Light” to honor them.

Many activities are included to celebrate Woman Scream and Women Poets International 5th and 6th anniversaries, in addition to the launching of Grito de Mujer (Woman Scream) International Anthology of Female Poets, Spanish edition, where 243 poetesses of 20 countries take part, with poems allusive to what a scream is all about from a female point of view. This volume, has been well received among MPI’s followers, and can be obtained on the websites: gritodemujer.com, gritodemujer.org, or visiting WS blog: womanscream.blogspot.com for a contribution amount.

Women Poets International Movement, have been active since 2009, and ever since, it has counted on the support of many, to achieve its goal and spreading the mission of this necessary cause.